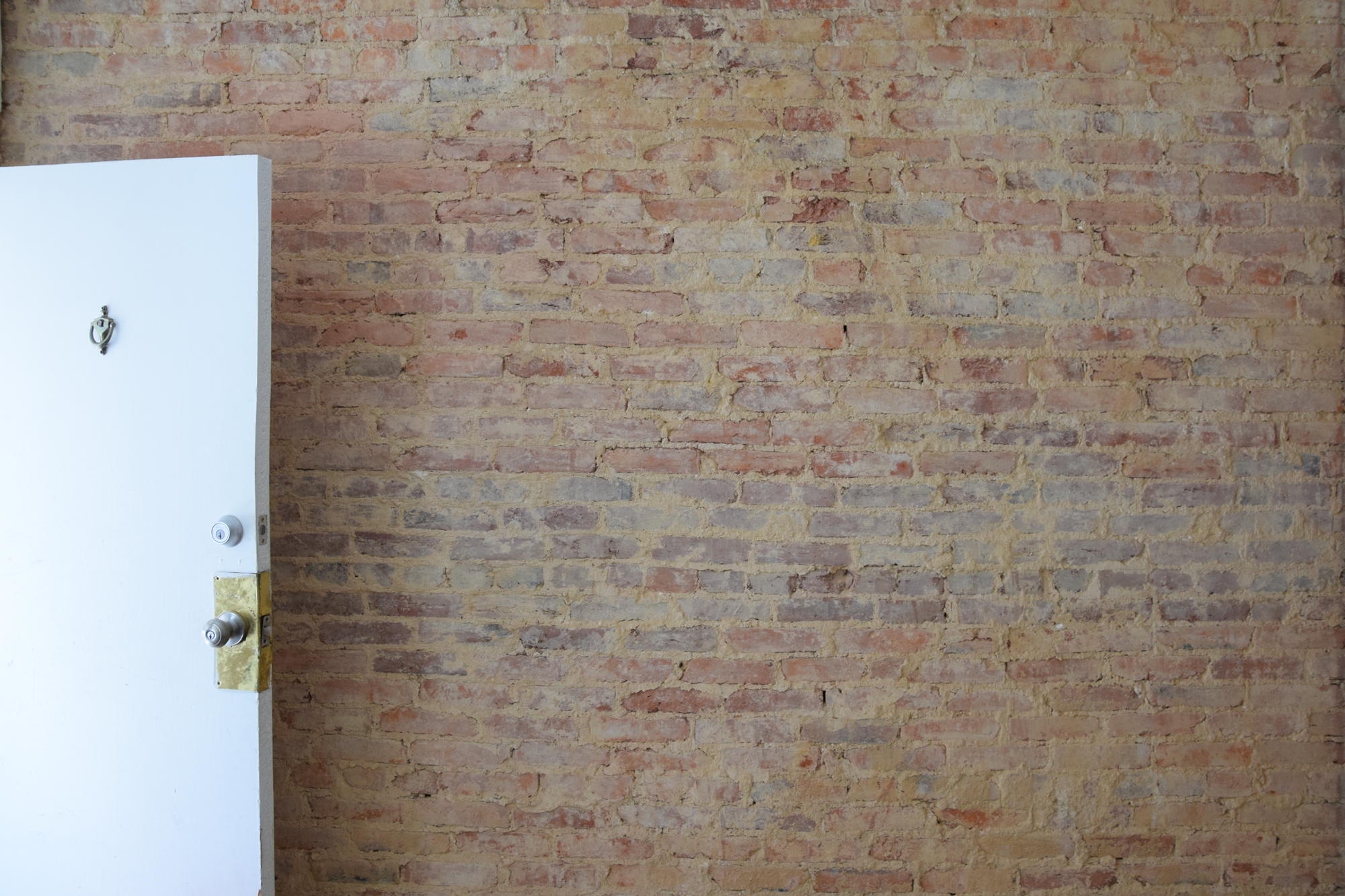 More renovation work and packing up boxes. The next few weeks will be more of the same so you better get used to this color palette.

Jason and I popped over to the new place to go over some of the problem areas and flesh out more of our to-do list. Beforehand we stopped off to at Target to get some caffeine and up our levels of Basic. 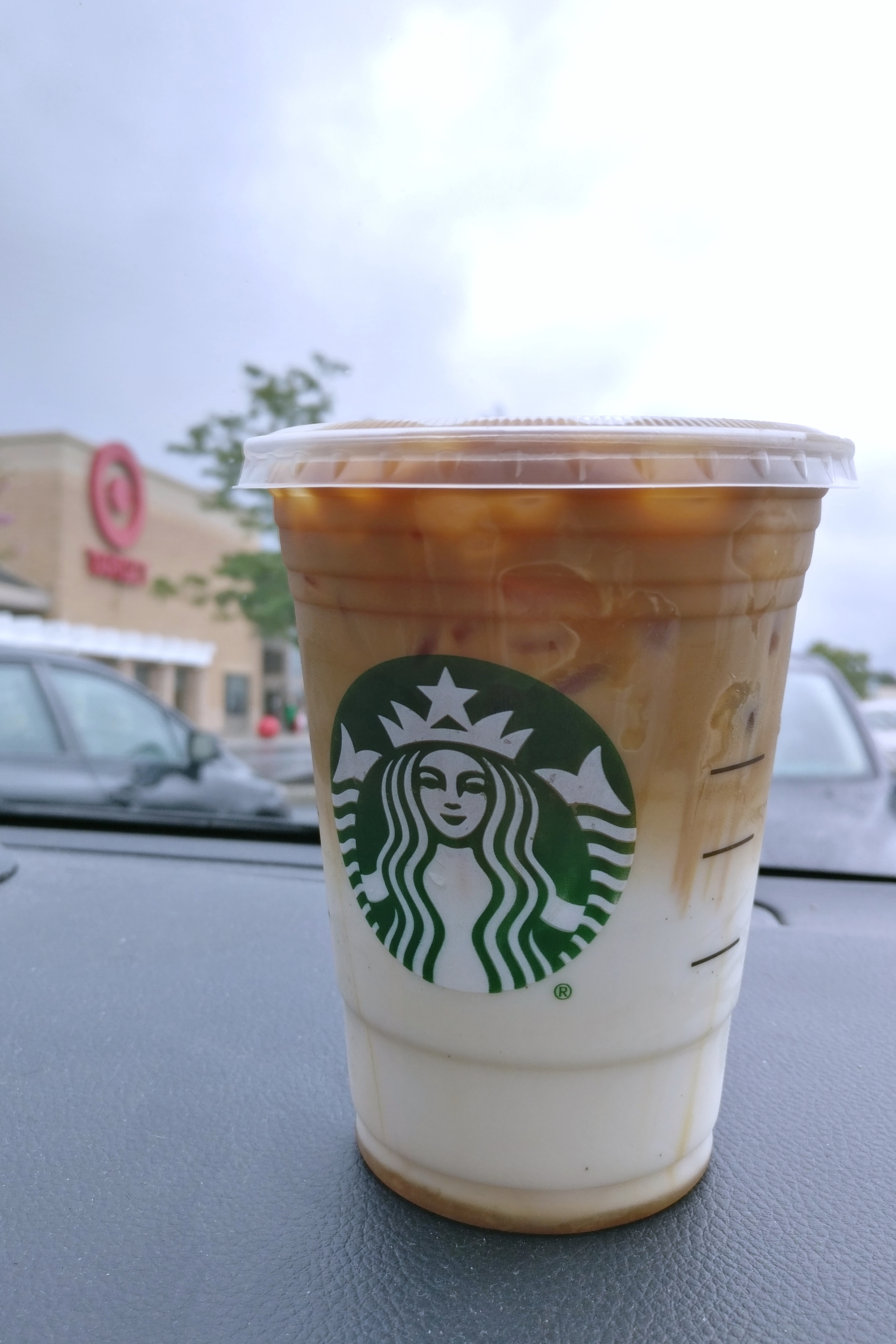 I stayed at home after work to keep packing while Jason worked over at the new place. The box for our blankets is gigantic and I kind of just want to curl up inside of it so I can nap for a month. 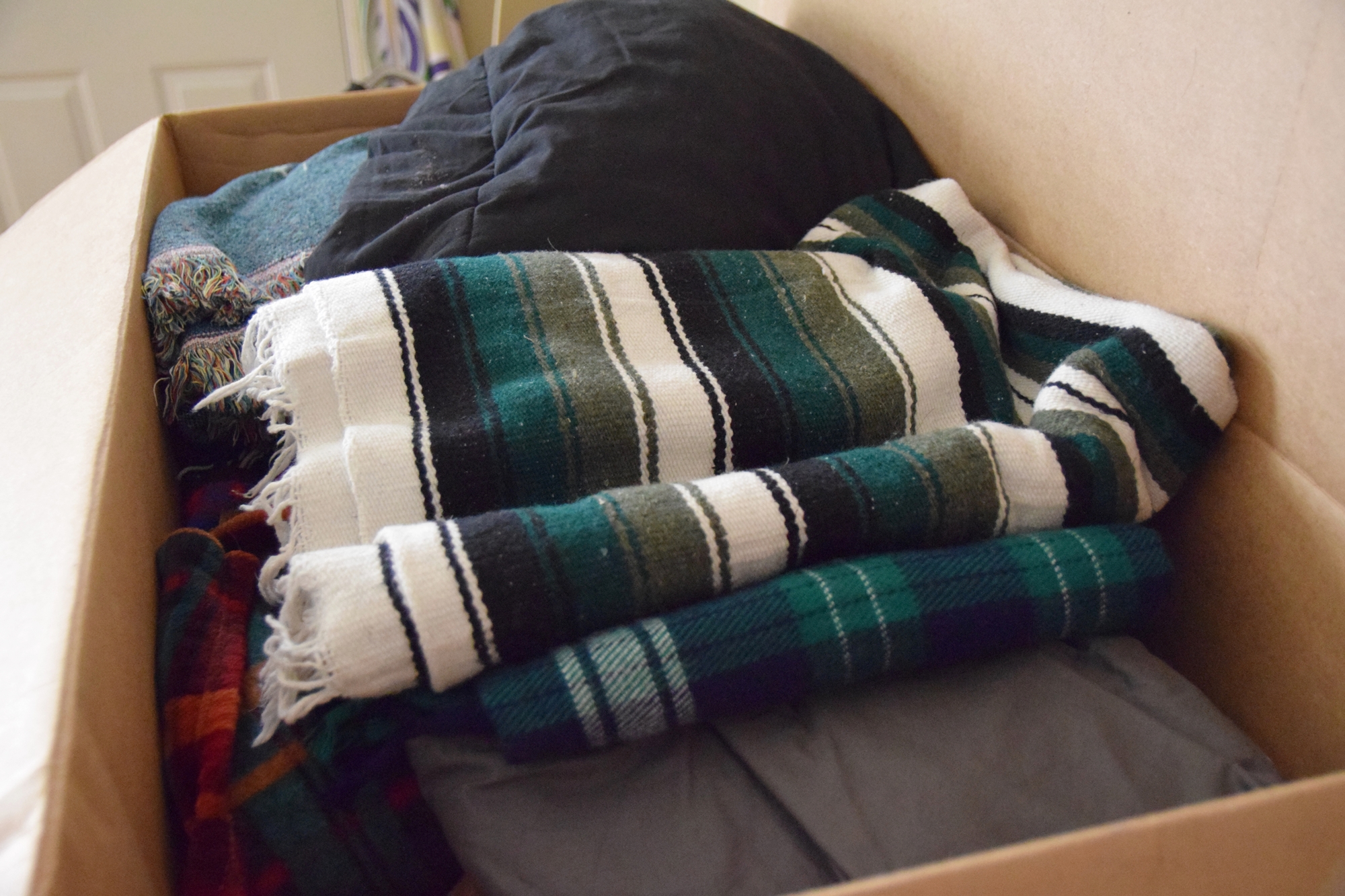 More house work per usual! I didn’t get any good pictures but Jason snapped this photo of the progress he made on the second brick wall. 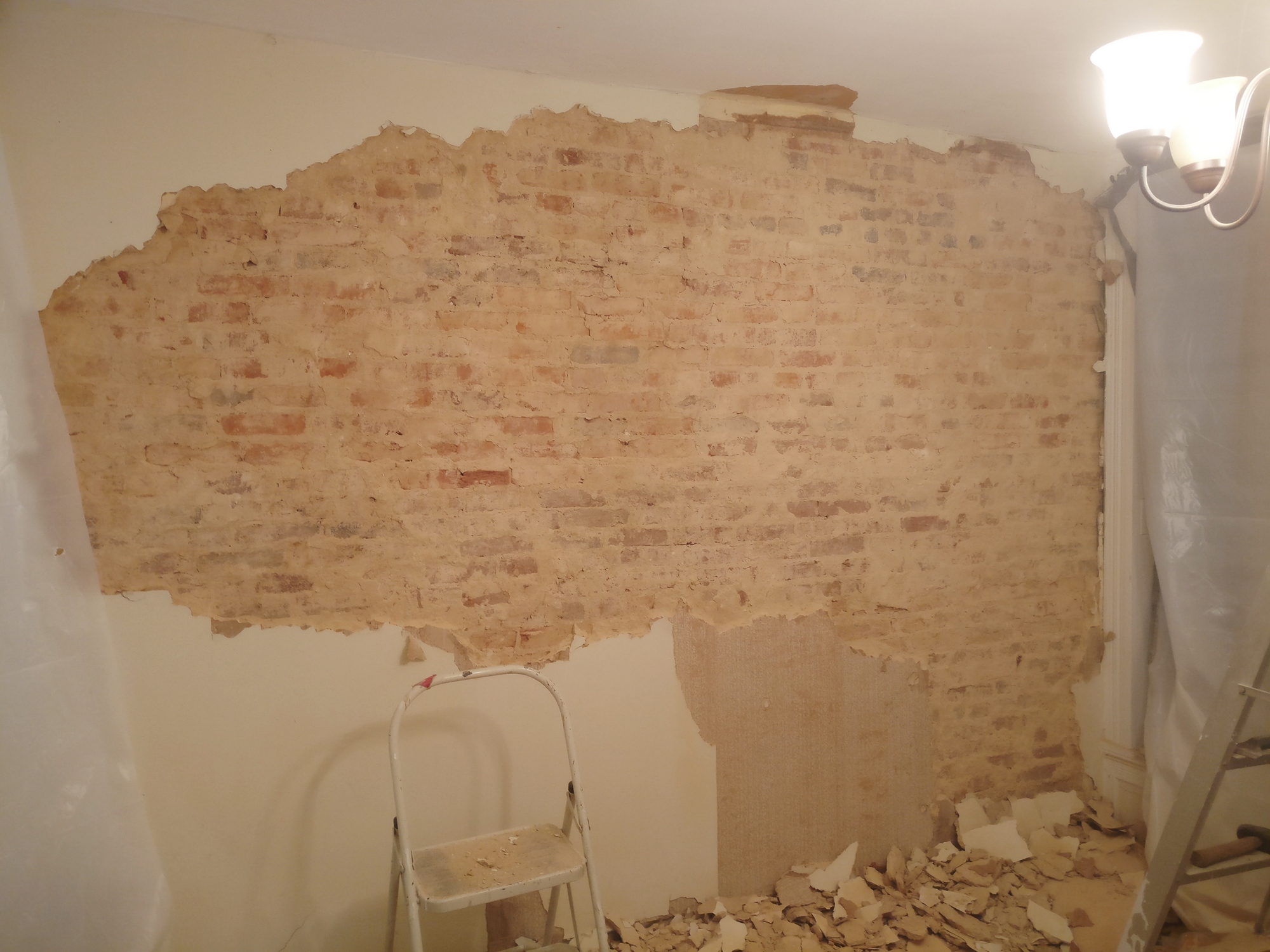 The coffee company Hayman contacted us for a review of one of their Nespresso coffee pods and I was excited to finally unbox the goodies. I’m looking forward to trying out my first Nespresso coffee ever! Review coming soon… 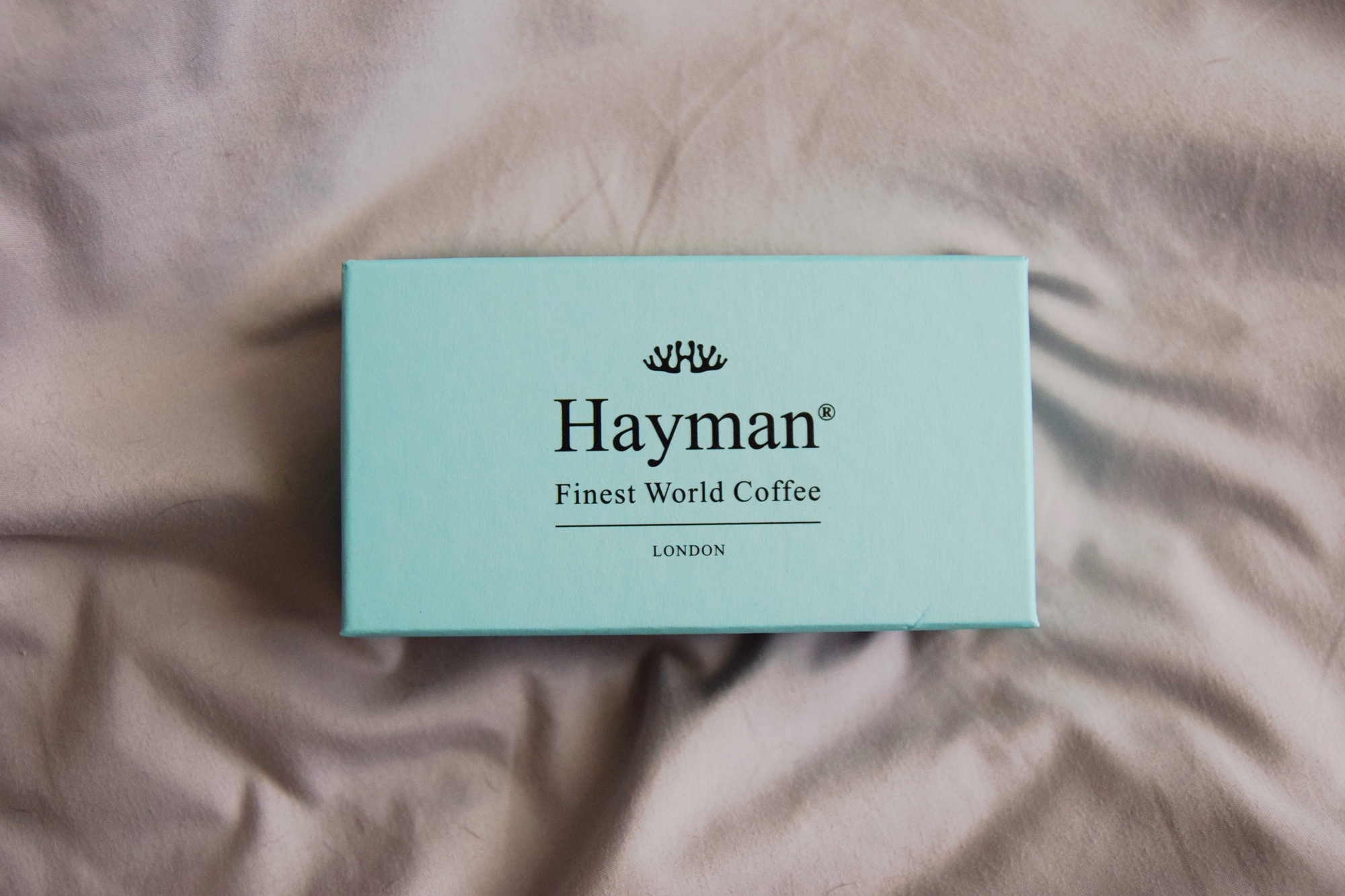 I used the day to work on the house as we approach our move-in deadline. Since most of the house is packed up we were finally able to bring a few boxes over. 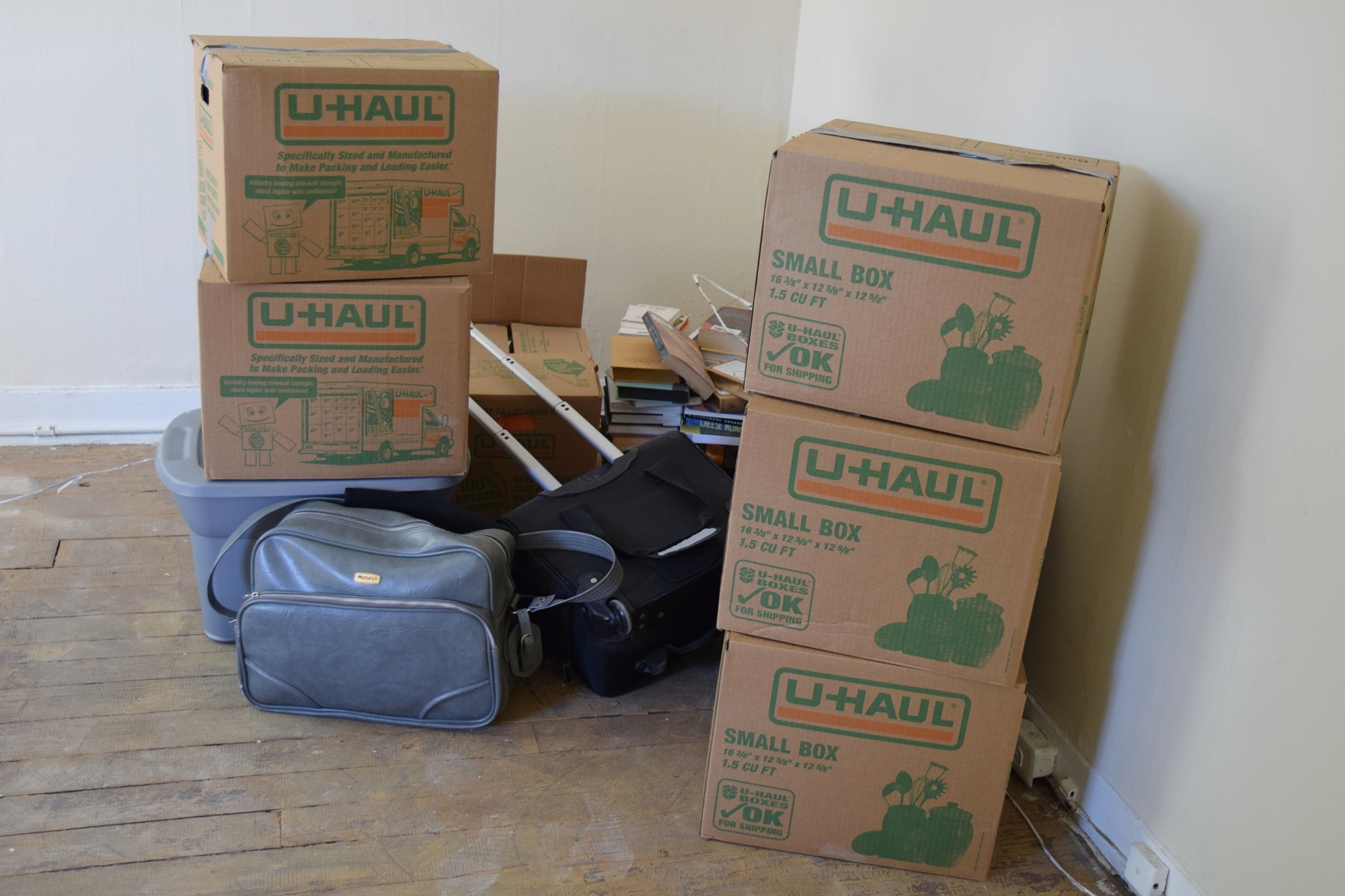 We took the essentials first, obviously. 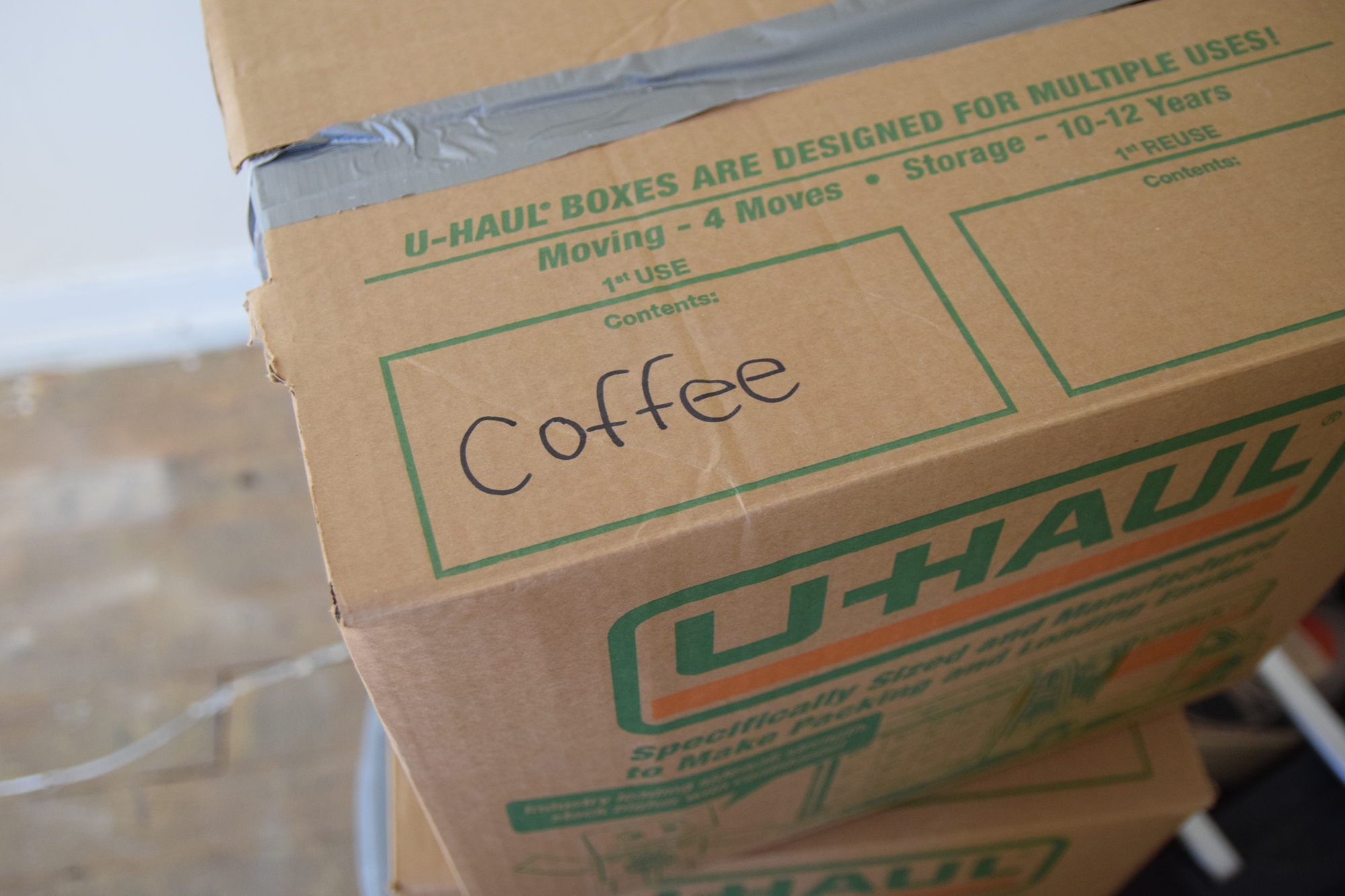 Working separately we accomplished a good deal including finishing a nice portion of demo work and cleaning of the bedrooms. 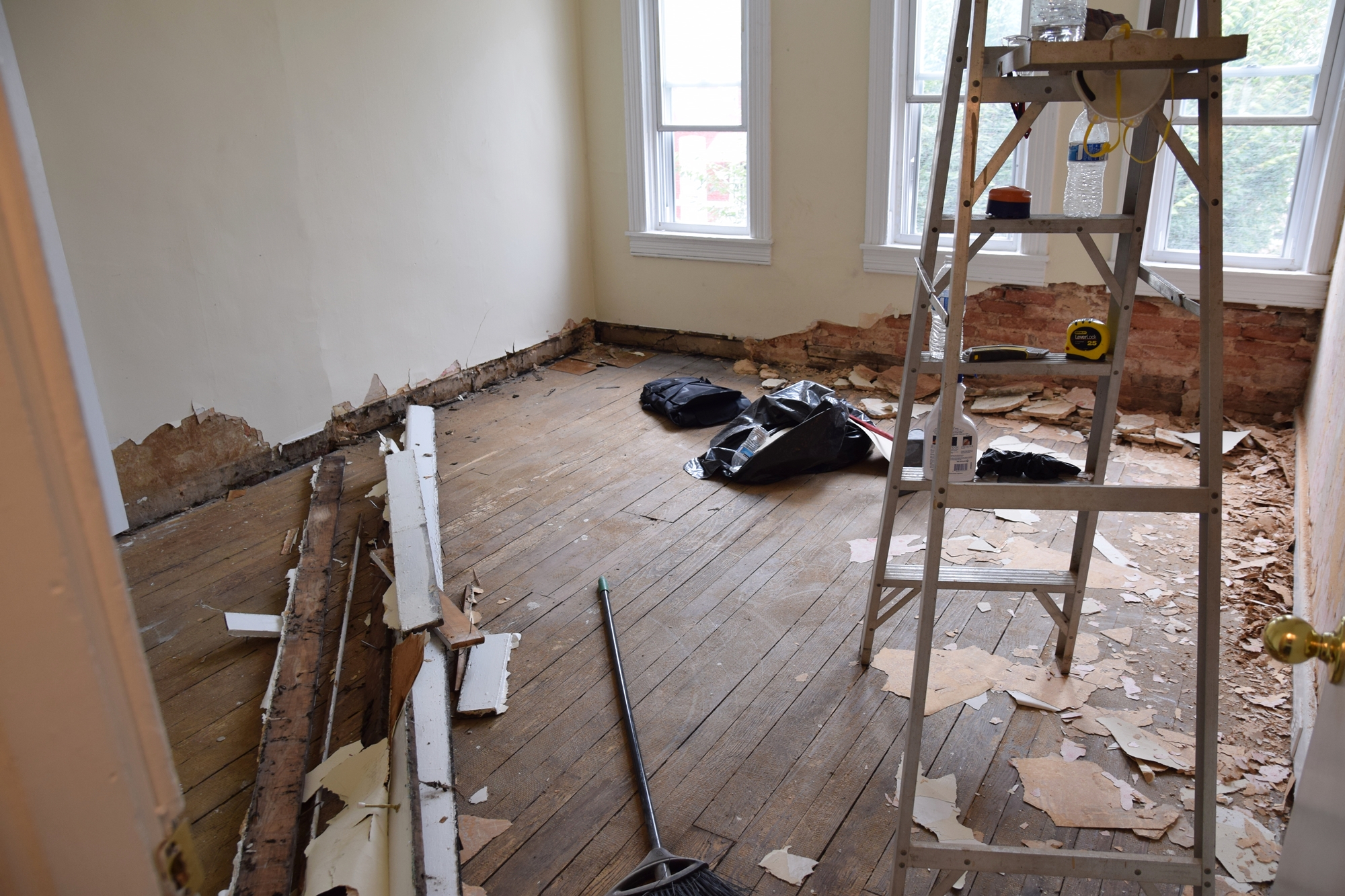 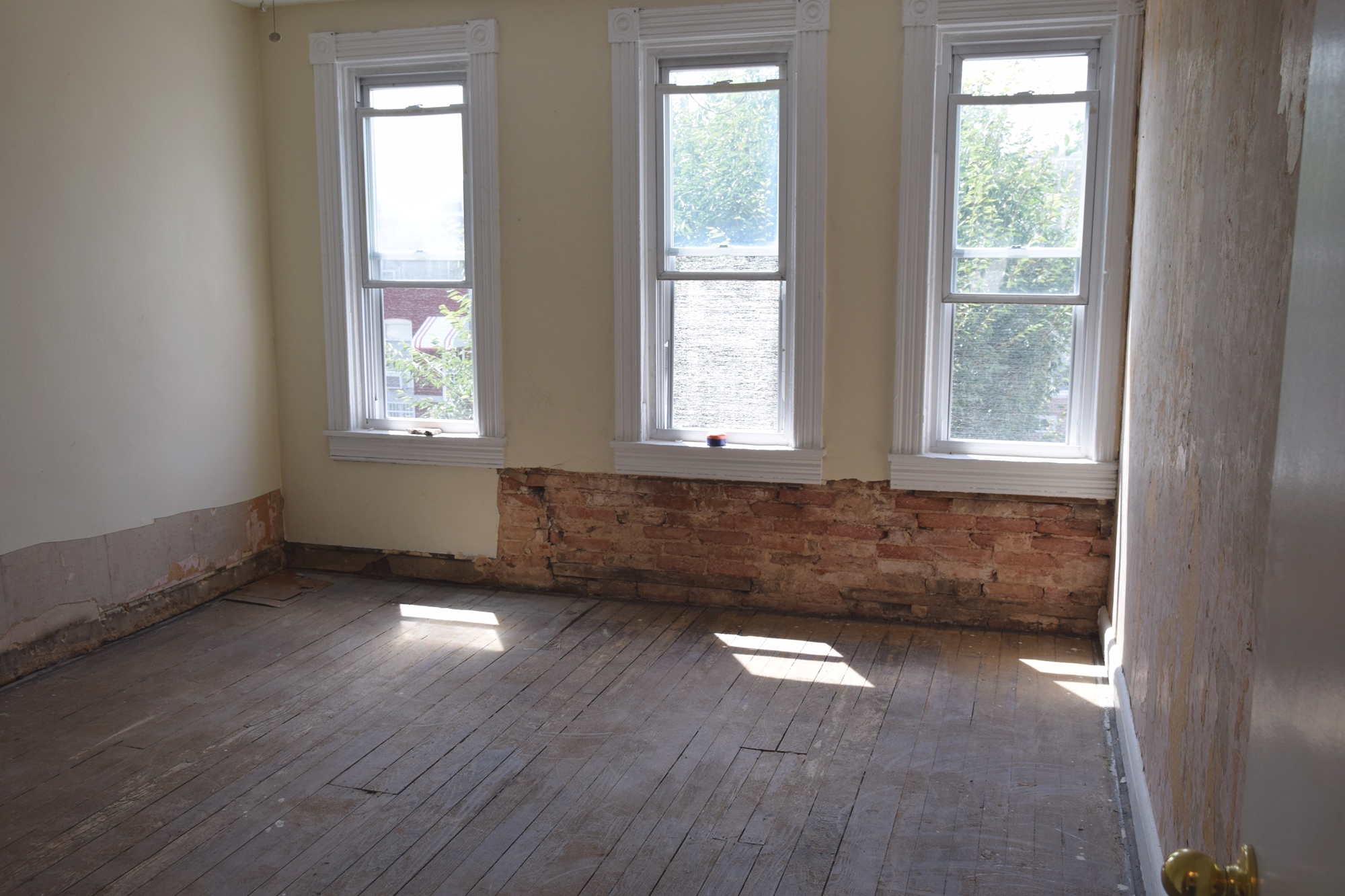 Jason and his dad worked on getting stuff ready downstairs (oh and taking the massive amount of debris to the dump) while I finished up all the demo and cleaning for the upstairs and hallway. 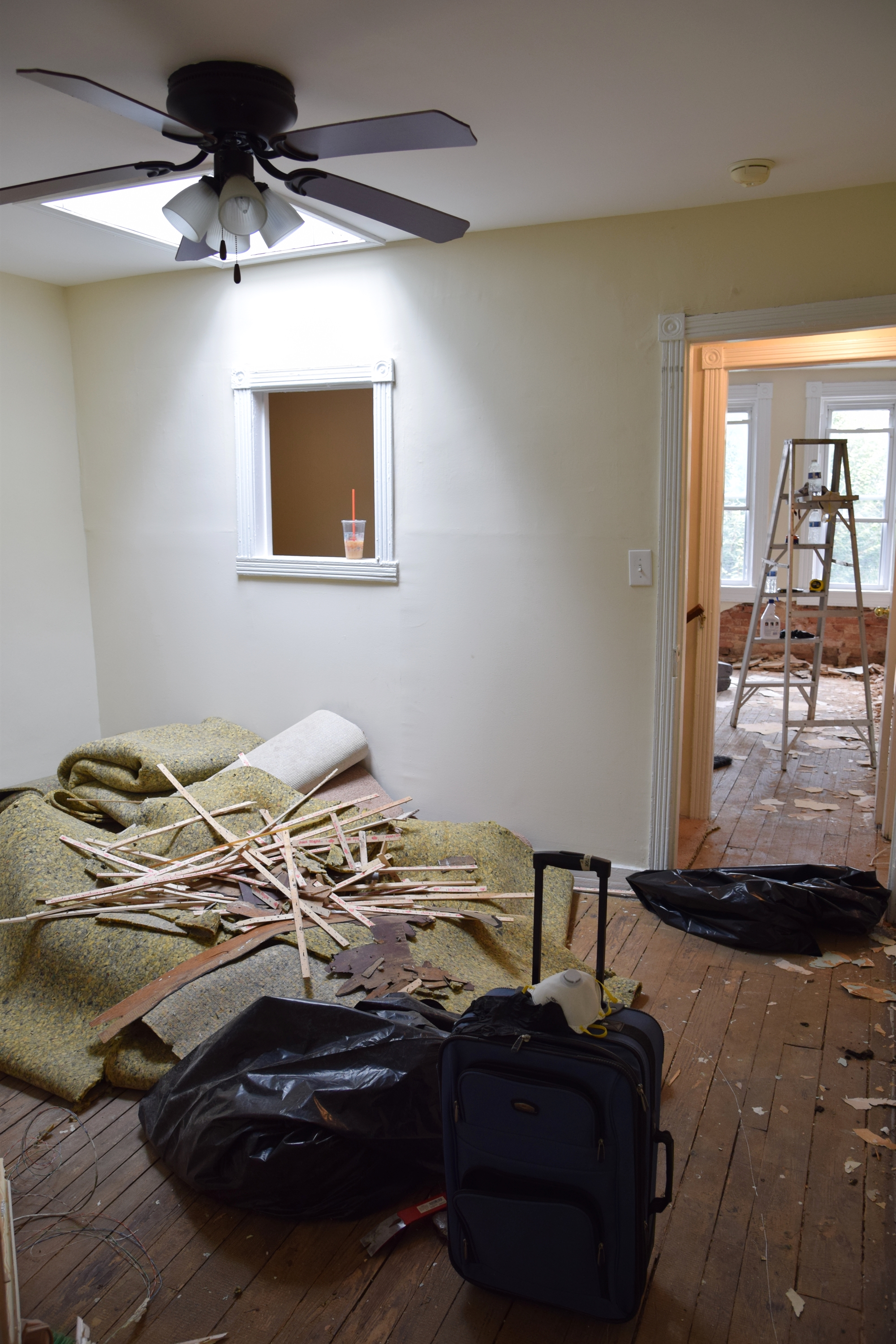 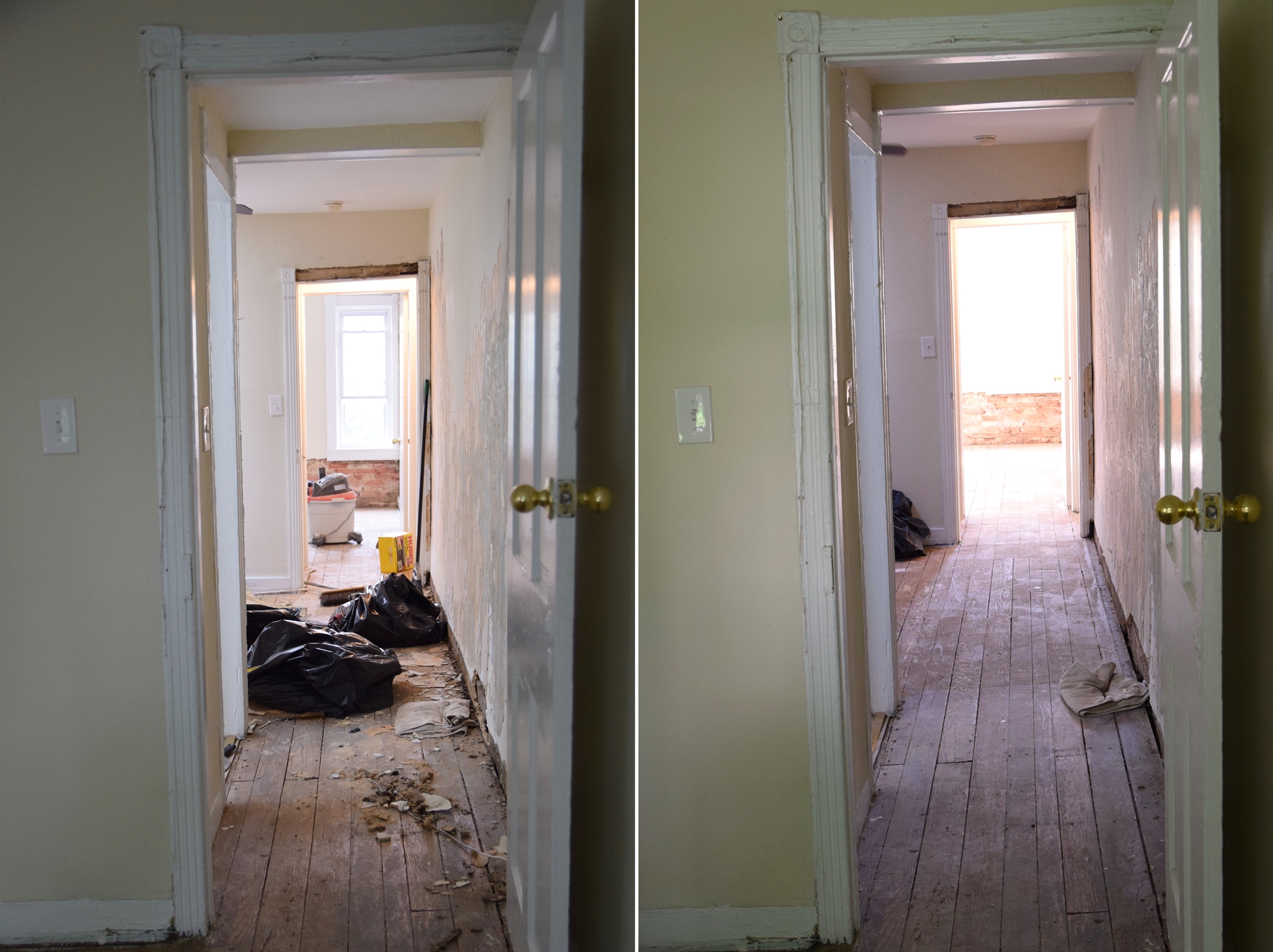 We were wiped out at the end of the day but both insisted that we make a stiff drink to accompany our Mexican food dinner. 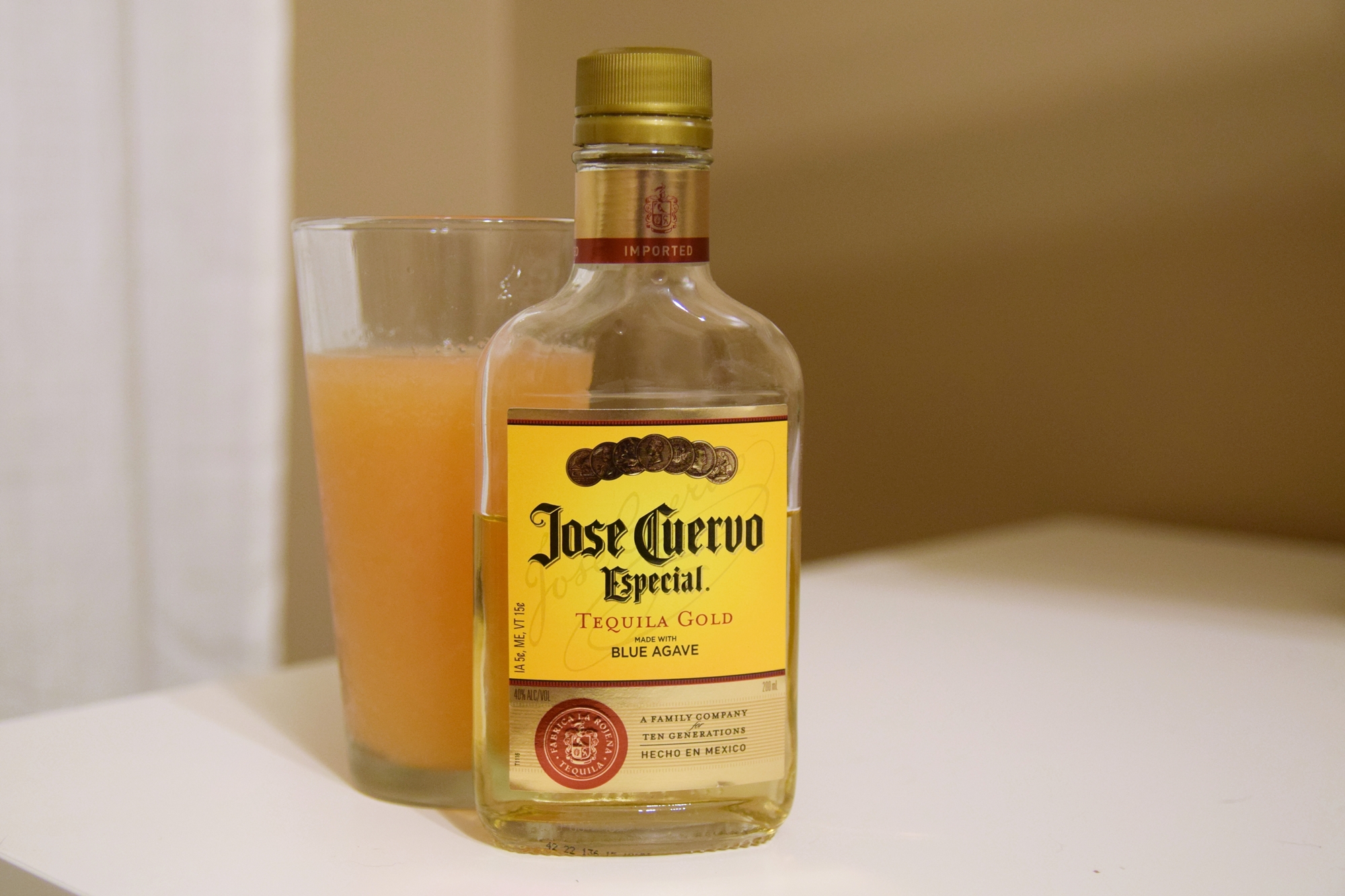 Jason and his Aunt took on the exciting task of removing all of the plaster and lath from the kitchen ceiling while I finished up a few exceptionally banal projects including staple removal, vacuuming every single floorboard and scrubbing brick with a wire brush. I failed to snap a pic of the finished kitchen ceiling (which looks fantastic!) but here’s a tiny sampling of the debris/trash it creates. 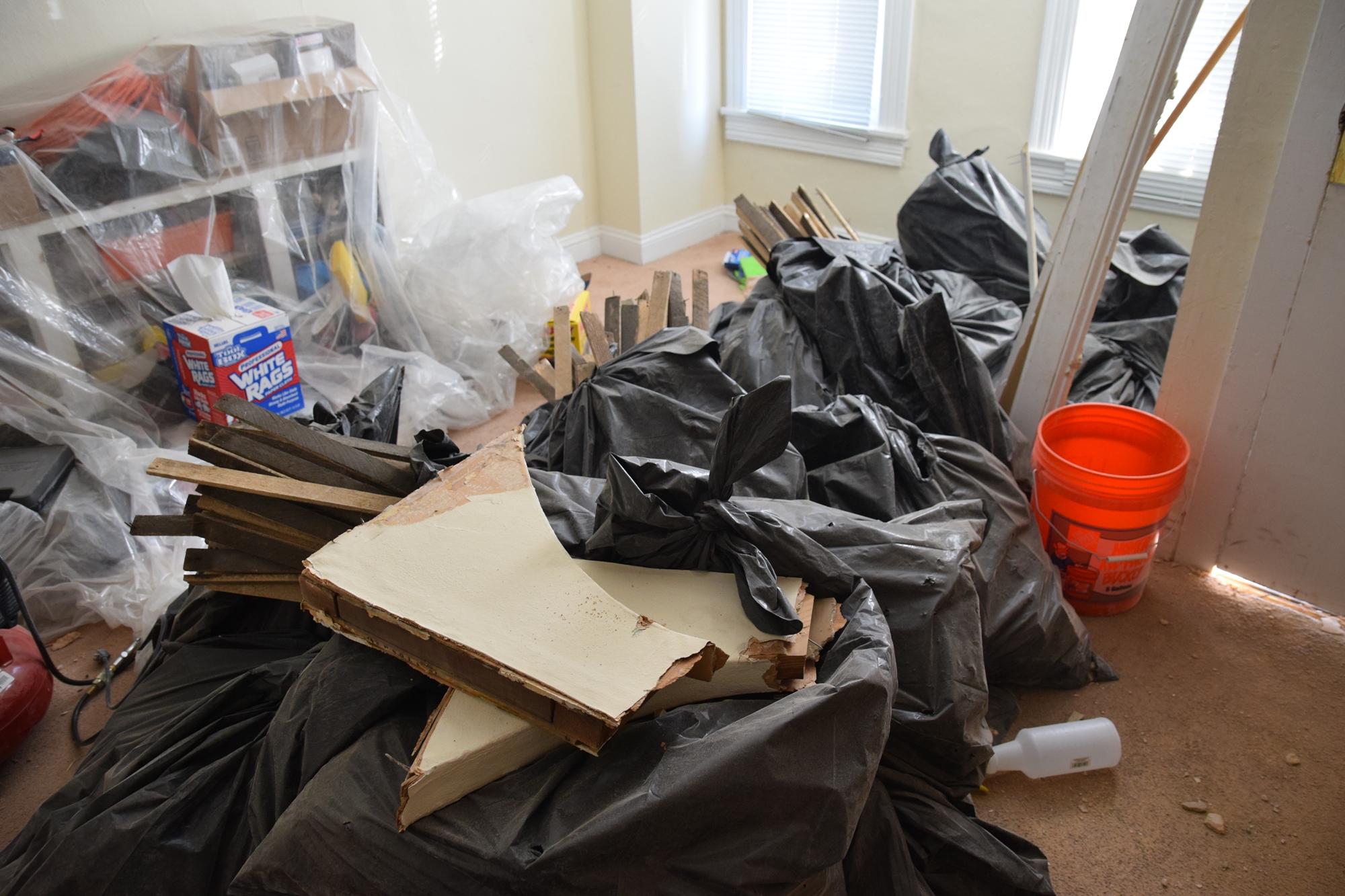 Seriously people, never underestimate the debris! After lunch, we all finished the first brushing of all three exposed brick walls (which are all plaster free now!)

You can see in the upper right corner of the photo below how the actual brick comes through once the plaster dust is washed away. We are in the home stretch with the wall now and just need to finish the loose brushing and cleaning before it is ready to be sealed! 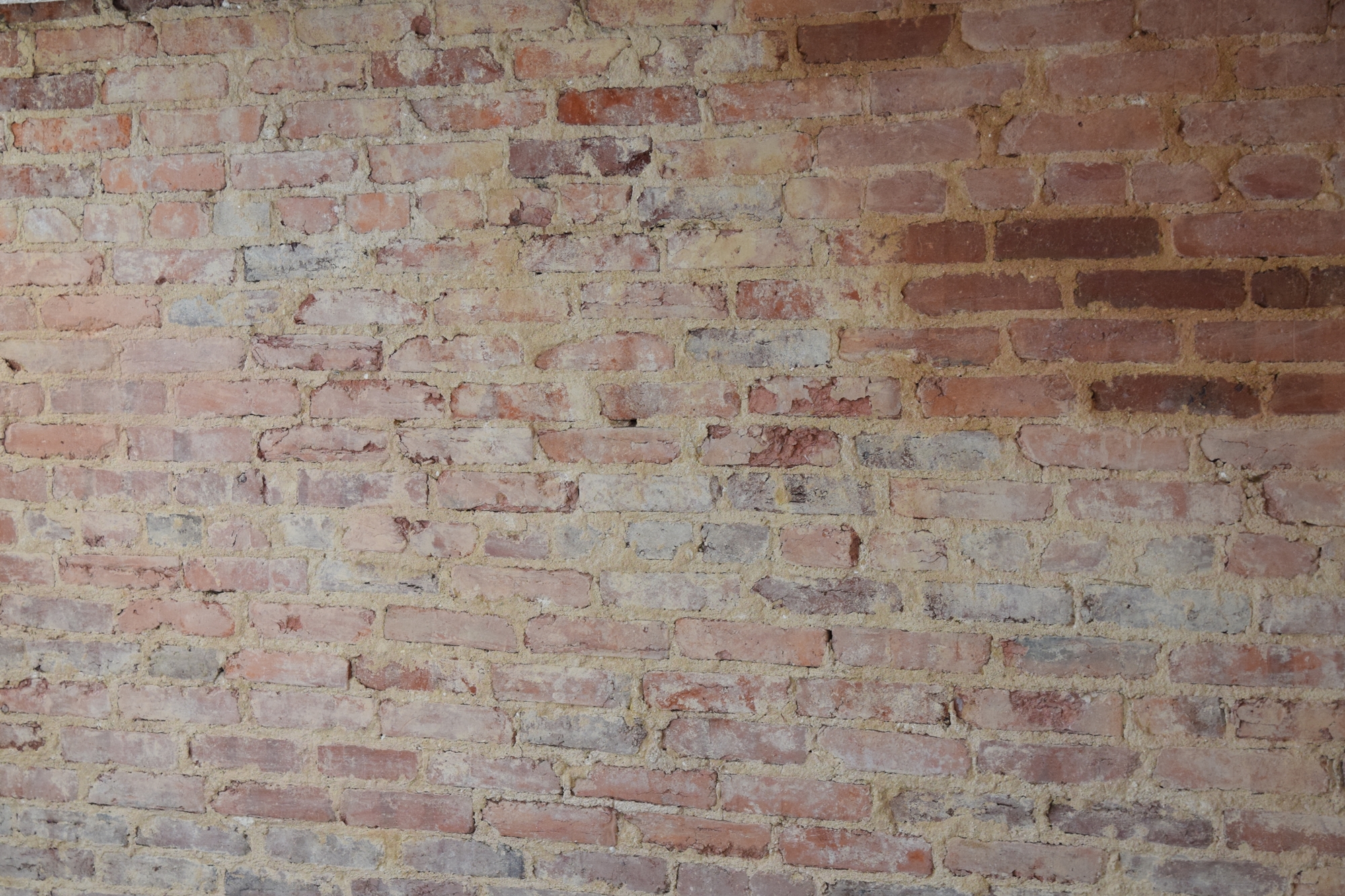 Later on, we settled in for Sunday night TV. Our talented friend Marc made us an amazing fried chicken dinner and his sister Miera absolutely killed it with the most perfect Vanilla Bean cupcake I have ever had. They seriously know how to end a week on the right note. 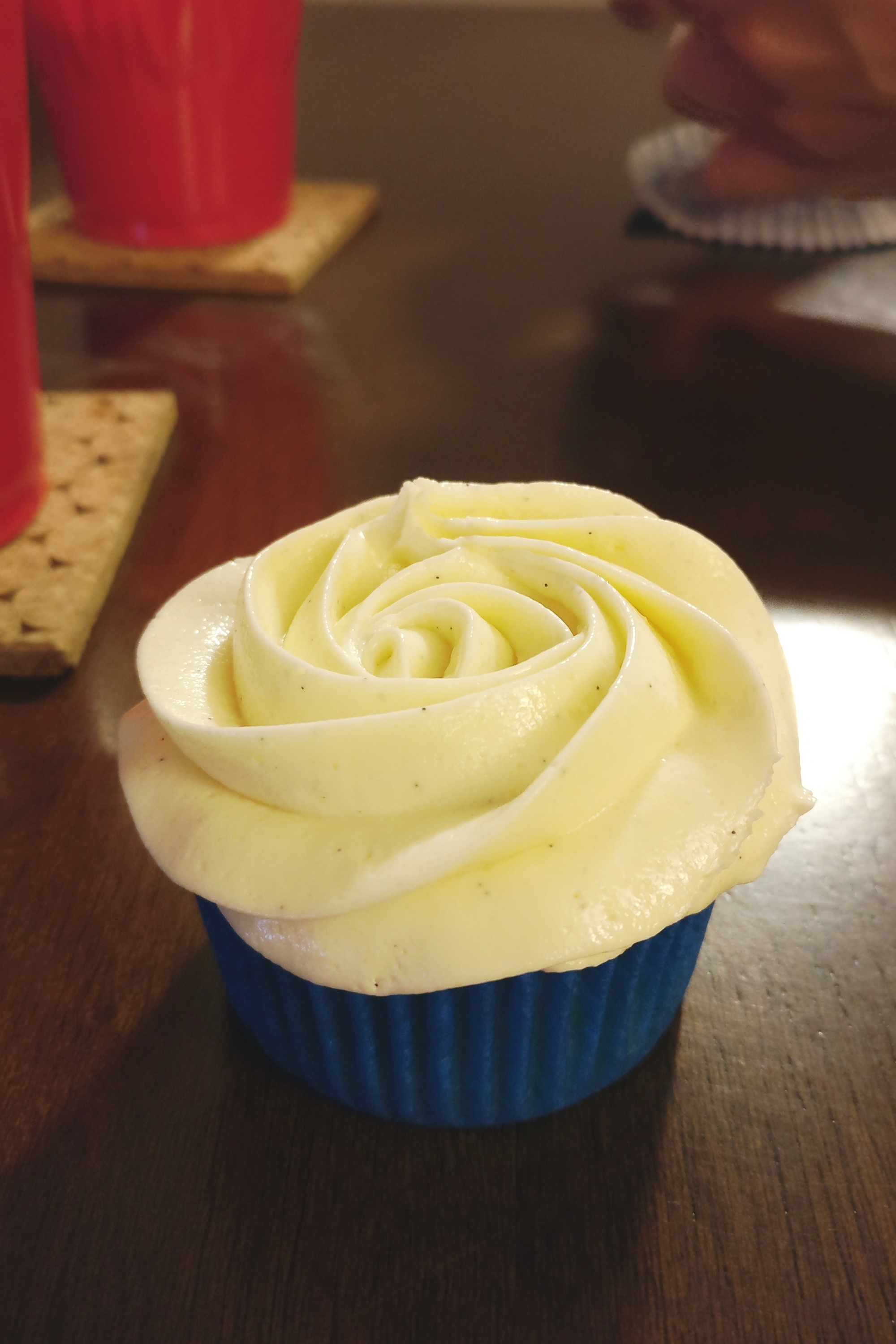 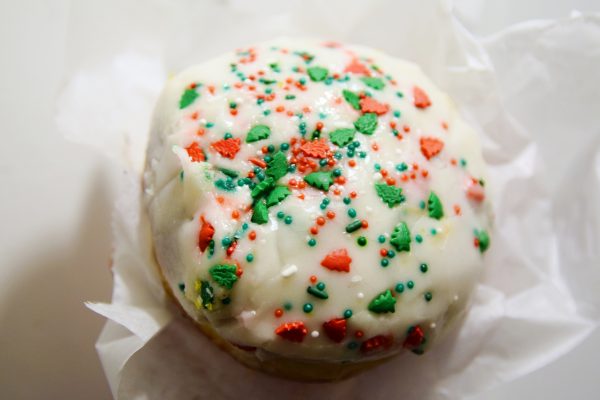 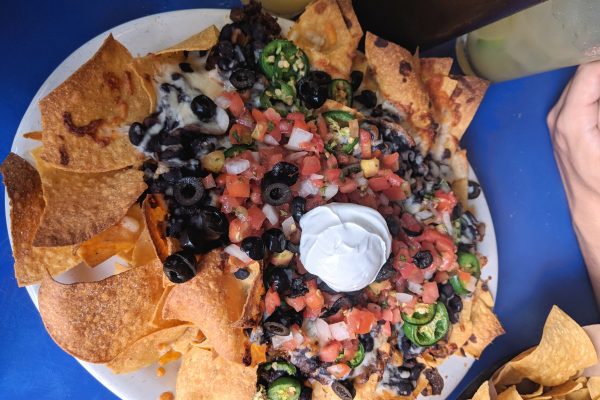 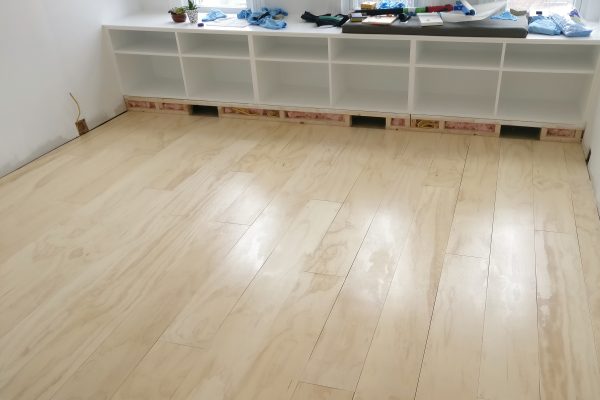 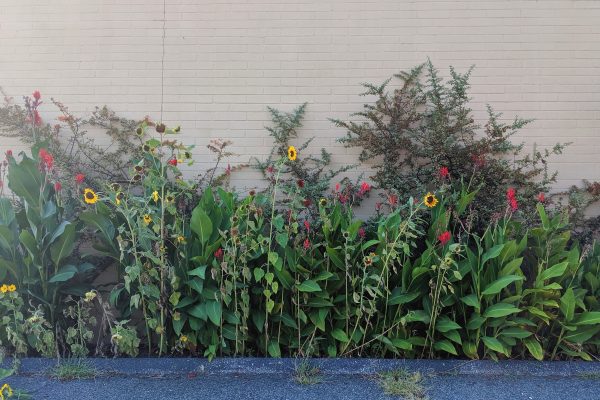 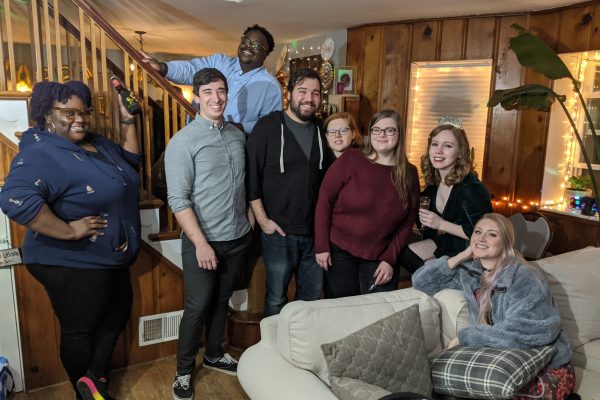 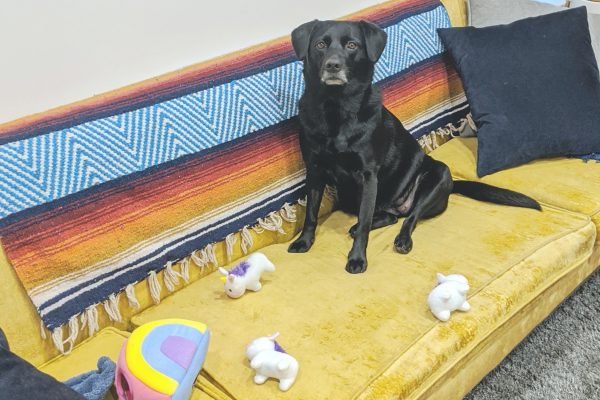